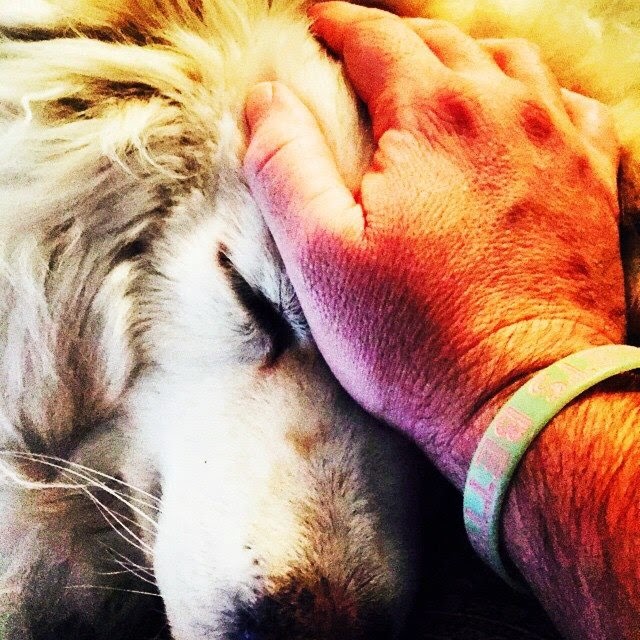 “With every damn dog I love, I learn something I didn’t know.”
Since I’ve been off the road from the West Coast Walk and perhaps what I witnessed while on it, I’ve been wondering why Hudson has had 3 mast cell tumors in less than 2 years despite favorable path reports and negative genetic indicators.
Even though we’ve had two allergy tests on him for some odd reason I never thought to consult an allergist.  Until Tuesday.  We met with Dr. Shanley at Hope Vet Specialists in Malvern PA on our way to the Puppy Up Walk in Madison WI and our conversation confirmed that I’m not alone in my suspicions that there may be a correlation between allergy prone dogs and mast cell tumors.
That Hudson is my third son with cancer, I always feel I’m so far behind no matter how far I walk.

They parent alone when their spouses are deployed. They move hundreds or thousands of miles away to unfamiliar locations. They postpone or give up their careers. May 8, 2015 is ?Military Spouse Appreciation Day.? In observance of this special day, Animal Behavior College (ABC) is celebrating all military spouses, including the school?s 2,550 military spouse graduates.

In a study by the Department of Defense Office of Community Outreach, 26 percent of military spouses are unemployed.

To some, the idea of pursuing a career in the pet services industry seems implausible. However, pet ownership in the U.S. continues to increase. In fact, 65 percent of U.S. households own a pet, which equates to 79.7 million homes, according to the 2015-2016 American Pet Products Association (APPA) National Pet Owners Survey. Pets today are living longer, eating healthier and receiving more services from groomers, veterinarians, pet-sitters and trainers. The APPA estimates Americans will spend $ 60.59 billion in 2015 on pet purchases, including food, veterinary care, supplies, over-the-counter medicine, pet grooming and boarding combined.

For military spouses who are passionate about animals, the pet industry offers an array of career choices that are portable and sustainable doing what they truly love:

?Being married to the military [Army] makes your life jump around,? said Jessica Lynn Allen, a 2014 graduate of Animal Behavior College?s Grooming Instruction Program. ?I didn?t have skills that were portable or that allowed me to find a job wherever we moved. Now that I?m a certified ABC pet groomer, I can take more courses to enhance my skills doing what I truly love.?

Jessica recently relocated to Spartanburg, South Carolina from Washington State. She is re-building her once flourishing pet grooming business for dogs with special needs.

There is an estimated 80,000 to 120,000 pet groomers in the U.S., which also includes bathers and assistants, according to PetGroomer.com. On any given day, there are approximately 2,500 job openings for grooming professionals in the U.S. Jessica and military spouses like her have numerous opportunities to find employment and apply their newly honed vocational skills to meet their family?s financial obligations. 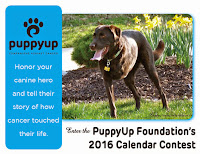 Hard to believe it’s 8 years in the making since we started the ‘Cancer Can’t Keep a Good Dog Down’ calendar in honor and memory of our canine heroes touched by cancer.
Damn I remember our first one when I had to carry my 10 pound clunky Dell laptop for miles in my backpack on the C&O trail to upload the photos for the contest cause Erich was still on a 128k modem. Good times…
Unlike cheerleading tryouts in Texas, it’s not really a contest – all are beauties and featured in the calender.  Nearby is the link to the blog about how you can participate http://www.2milliondogs.org/our-8th-annual-cancer-cant-keep-a-good-dog-down-canine-cancer-calendar-contest-has-begun/
Thanks Erich for being the Keeper of the Calendar. 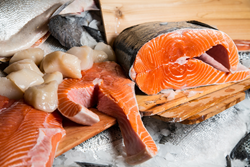 These famous salmon come from the mighty Copper River, a very rugged 300-mile stretch of river in Alaska. In order for the salmon to survive their epic trek through the Copper River, they store extra fat and oils that help them to manage the journey. It is because of this added fat and oil content that the Copper River Salmon are recognized as the best-tasting salmon in the world.

In addition to their incredibly delicious flavor, these fish are loaded with nutritional benefits, making it a smart choice for healthy eating habits. An excellent source of protein and loaded with Omega-3 oils, which are recommended by the American Heart Association, not only does the heart benefit from salmon consumption, but studies have shown that fish oil can also help to combat psoriasis, rheumatoid arthritis, breast cancer and migraines.

We got the results last week – it was a grade 1 tumour that hadn’t spread to her lymph node.  So it was the best we could have hoped for. We did not get clean margins (as expected) and it has a 12% chance of returning.  If that happens, we’ll have to decide what to do then.  Our options would be to do radiation, remove the tumour again or take the whole leg.  We aren’t going to worry about it unless it happens. 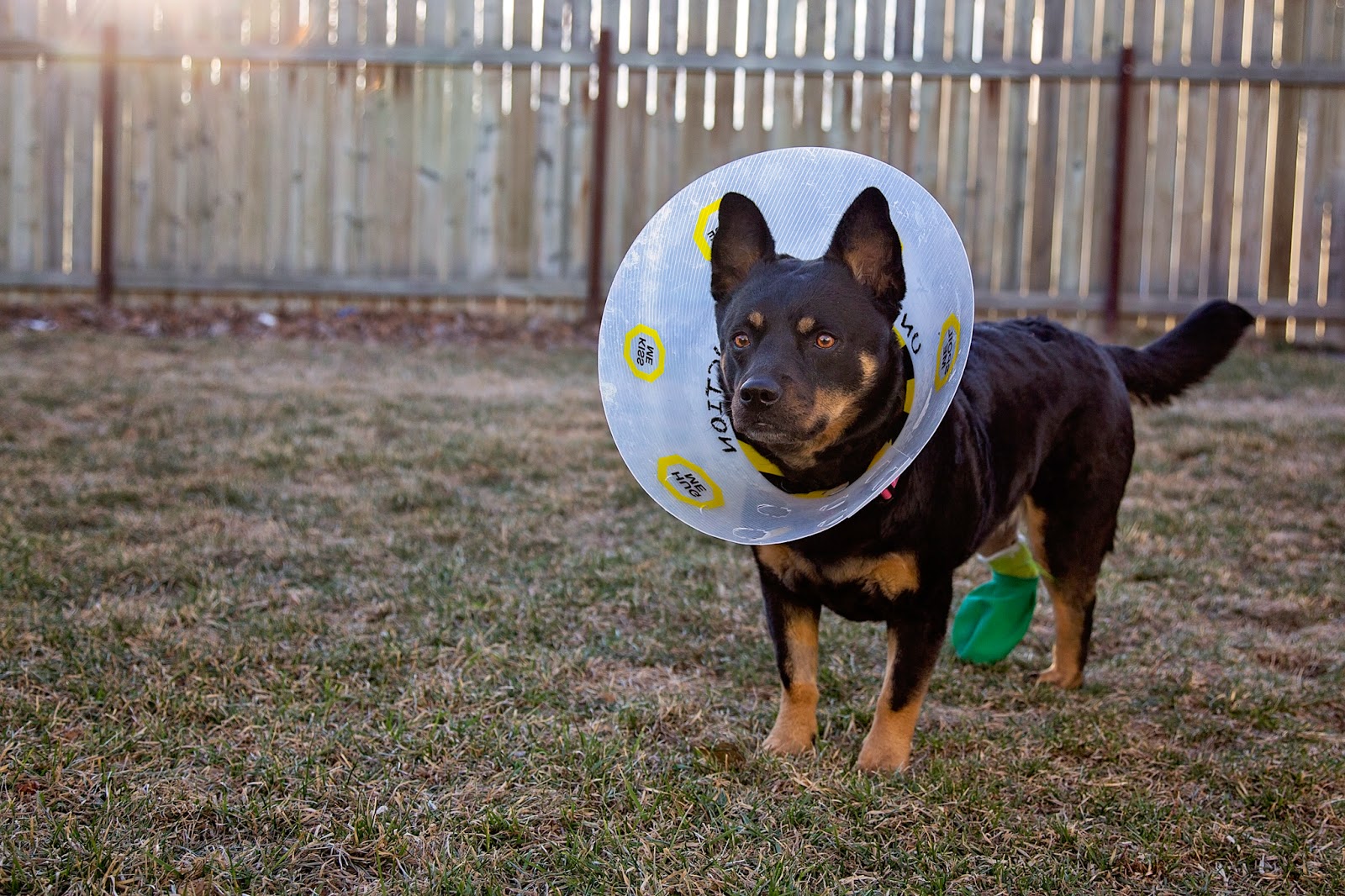 We went back this week for a bandage change and a recheck on the skin graft.  It’s looking good.  She thinks it is still all alive.  :)

For the most part Lacey is doing well.  She isn’t going too stir crazy, she doesn’t pout in the cone and when I take it off, she doesn’t lick at her bandages much. The stitches on her flank look fantastic and the ones from her lymph node are also doing OK.  She’ll be in a cone for about another 1.5 weeks and then we’ll get the stitches removed and she’ll be able to go back to life as usual.

That’s pretty much it. Life is feeling rather dull at the moment!
Crazy Coulee and Little Lacey Not every dog who enters service dog training ends up helping people. Some dogs, like Darwin the Labrador Retriever, turn out to be better suited to helping the environment instead.

According to Fox News via the Associated Press, after Darwin was deemed too high energy to be an effective human service dog, Dogs for Conservation, a U.S. based organization that trains dogs to help with wildlife preservation initiatives, adopted him.

They also adopted a shelter dog, black lab Neville, and trained the duo for a new, critical environmental job. These two super sniffing pups are now using their skills to sniff out giant African land snails that are threatening crops in the Galapagos Islands in Ecuador.

The dogs were assigned a job on Santa Cruz, the most visited of the Galapagos Islands, to hunt the snail, the largest species of land snail, which can grow to up more than 7.5 inches long.

View from the Street: Who's calling Alan Jones a greenie?

View from the Street: Who's calling Alan Jones a greenie?
Today in Weird Accusations. As you may recall, yesterday we reflected on the odd sight of broadcaster Alan Jones slamming the Campbell Newman government for breaking an alleged promise regarding mining in the Darling Downs region of Queensland.
Read more on Sydney Morning Herald

Take it from us in India: the world needs renewables, not more Australian …
Carmichael's coal will be exported to India from Queensland. But India's clean energy industry is already booming – we don't need your coal. A labourer takes a break from shovelling coal at a coal yard on the outskirts of Jammu. Photograph: Mukesh …
Read more on The Guardian

Owners: Dog treats killed our pets
Greenies recommends owners check that the treats are chewed and Joe Roetheli – who launched the brand as a treat that can freshen a dog's breath and clean its teeth – said it was important to pick the correct chew for a particular dog. There are 7 …
Read more on CNN

Dog lost in tornado reunites with his family

When a tornado hit Van, Texas last week, Andy and Brandi Bouchilllon were driving to take shelter in a local school. Suddenly a twister flipped their SUV, lifting it off the ground and spinning it around. Their 2-week-old daughter, Bailey and family terrier, Tater were in the car. When it landed they rushed their daughter to the hospital, not sure what had happened to Tater in all the devastation. The next day they returned to…
The Poodle (and Dog) Blog

Words fail me.
The Poodle (and Dog) Blog