Back from the Beach!

We are back from a quick, one-night trip to the coast with Irie and Tiki! We usually go to the beach for several days but this was an unusual circumstance. We needed to visit a nursing home about an…

Posted in Pet Health Articles | Tagged Back, Beach, from | Leave a comment

Taken from The Puppy Up Foundation Blog by Erich Trapp 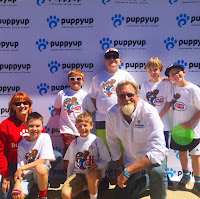 On Sunday, May 7th over 1,300 people and 900 dogs attended the 4th Annual PuppyUp Madison Walk at McKee Farms in Fitchburg, WI. This is the largest PuppyUp Walk the Foundation holds each year, and each year the PuppyUp Madison Team surpasses their goals.

Their beginning goal in 2014 was $ 10,000 and 50 participants and they passed that goal by raising approximately $ 87,000 with over 750 participants. This year the goal was $ 135,000 and 1,000 participants; they again blew their goals out of the water by raising over $ 156,000, having 106 Teams and 52 Sponsors and vendors.
Success at this level is not gained over night. Many steps are planned with precision for months, progress is monitored daily and often by the minute. The dedication and passion of the Madison Committee (Beth Viney, Dr. Kai-Biu Shiu, Ann Lippincott, Lana Hesch, Mel Stodola Taylor, Mary Ann Francis, Katie Martz, Danielle Kay, Courtney Tyson, Jennifer Schleicher, Vicki Nussbaum, Lori Gibson and Dr. Linda Sullivan) inspires all who meet them. The hours they spend away from their dogs, family and friends in order to fight cancer in pets and people is much appreciated not just by me, Luke and our Board of Directors, but by all the people they encounter along the way. They have created a community in which others feel free to seek help, advice and even a shoulder to cry on. Many now feel that there is hope that one day we will have better cancer treatments for our two and four legged companions. And some day through the research that we are funding …. a cure, so that others do not lose loved ones to this horrible disease.
A special thanks to Beth Viney (co-founder of PuppyUp Madison) who works tirelessly in memory of Czar and is an inspiration to all who meet her; Ann Lippincott (2017 Chair) who dedicates her fight against cancer to Velma, (or Miss V as she is sometimes called); and Dr. Kai Shiu (co-founder of PuppyUp Madison, Veterinary Oncologist and Chair of the Puppy Up Foundation’s Scientific Advisory Committee) who fights cancer on all fronts in his office, and for the Foundation.
Through their efforts, they have raised $ 500,000 in the past 4 years allowing the Foundation to add funding to much needed research, awareness and education.
When asked to comment about the 2017 PuppyUp Madison Walk, Luke Robinson, the Founder of the Puppy Up Foundation stated “Trail Magic has taken The Puppy Up Foundation from just 2 dogs and a homeless dude to funding cutting edge, peer reviewed cancer research in exciting areas like immunotherapy at world class institutions, and it led us to Madison, WI. And where Kai and Beth and all of Team Madison have taken it from there is nothing short of awesomeness! My proudest achievement aside from getting the Fuzzybutts safely across 4,000 miles for this cause is how Puppy Up Nation has inspired the best and greatest in all of us.”
We’re looking forward to 2018 PuppyUp Madison.
——–
YBD’s Notes – the photo above is of the Puppy Power Team led by Michael, a 9 year old lad I had the honor of meeting who became one of Madison’s top fundraisers and at last count that was $ 5,800.  Congrats and cheers to a job well done!
——– 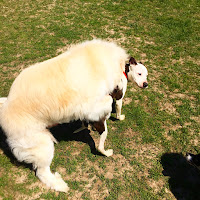 Of course, Hudson, the famous Fuzzybutt, had his own take on Madison.  As some of you know, he’s become some what of a degenerate in his old age, humping indiscriminately.  Boy dog, girl dog it doesn’t seem to matter one bit earning him the nickname Humpson we just chalk it up to the French in him. The Old Perv wrote a Haiku about his recent time up in Madison WI, home of the Badgers, and what’s become the town where the Fuzzybutts ring in summertime.
——–
Hudson Haiku
Madison blossoms.
Where is dat lil badger at?
I hump it too!

Give me a drink! 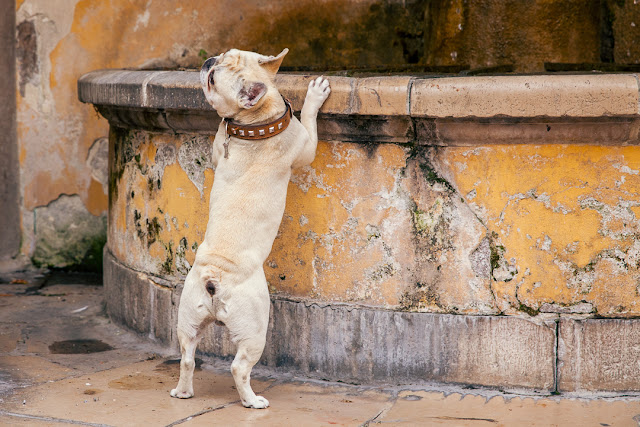 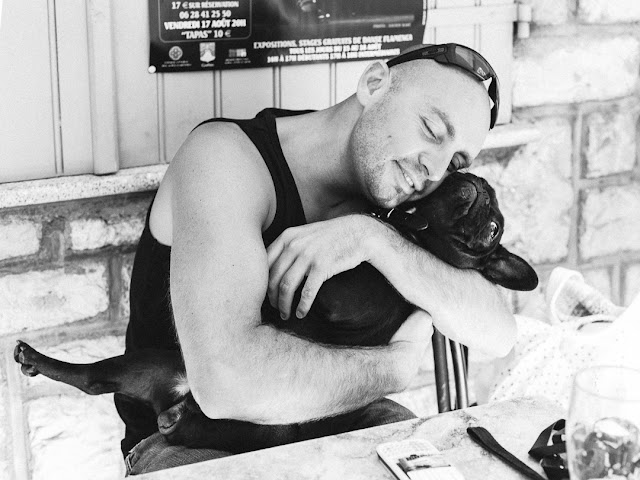 There’s only one thing to do today … turn off the television and go love your dog!
RIVIERA DOGS

Sunday marks National Ice Cream Day–and we’re celebrating with a free cookbook of special recipes just for your dog! We’ll be sending out the cookbook link only to newsletter…

Natural woven fiber bags are all the rage right now, and I have 100% hopped on the bandwagon. Really though, I’ve been a big straw/raffia tote fan for years now. They’re perfect as oversized purses, they make killer diaper bags, they’re ideal for the pool or beach, and if they’re big enough, they even work as overnight bags or carryons. Summer is the quintessential season for them though, without a doubt – especially when they include colorful tassels or poms.  I’ve rounded up 8 of my current favorites for the season, as seen above.

Who else is a big straw tote fan? Which one do you like best?

Great article! Everyone should read it. I am proud…

Great article! Everyone should read it. I am proud to call Farah a friend and my family is proud to call a Vafa dog a member of our pack. I pray that Trump's executive order is found unconstitutional by the higher courts as it helps no one and impacts so many in such a negative way.
BAD RAP Blog

Red spots in a mudhole

They are awfully prominent. 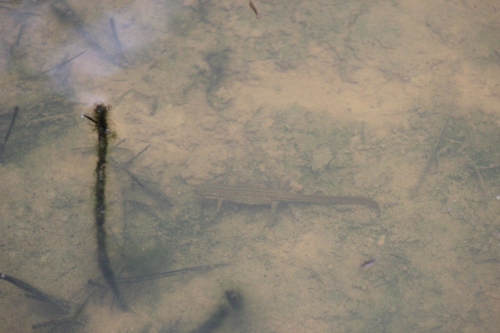 Recently Ginger & I + Fuzzybutts were in Indiana and Chicago on business and he couldn’t help but pen another haiku.  Here it is:
Hello Chicago.
Oh No H20! Won’t Go!
Hello Hotel Room.
Those who know him well know he absolutely hates even the thought of his paws touching water and I think our walk at Montrose Beach on Lake Michigan scared the crap outta him.  And so he saw Chicago from the window of Red Roof Inn in Willowbrook.
Team Chicago
We’re hosting our first #PuppyUp walk in Chicago Proper and partnering with #PremierVeterinary in what we hope will be a successful collaborative platform for us to launch in other cities. Here’s a video recap while on my drive back to Memphis.  I’ll be posting more about #TeamChicago soon. 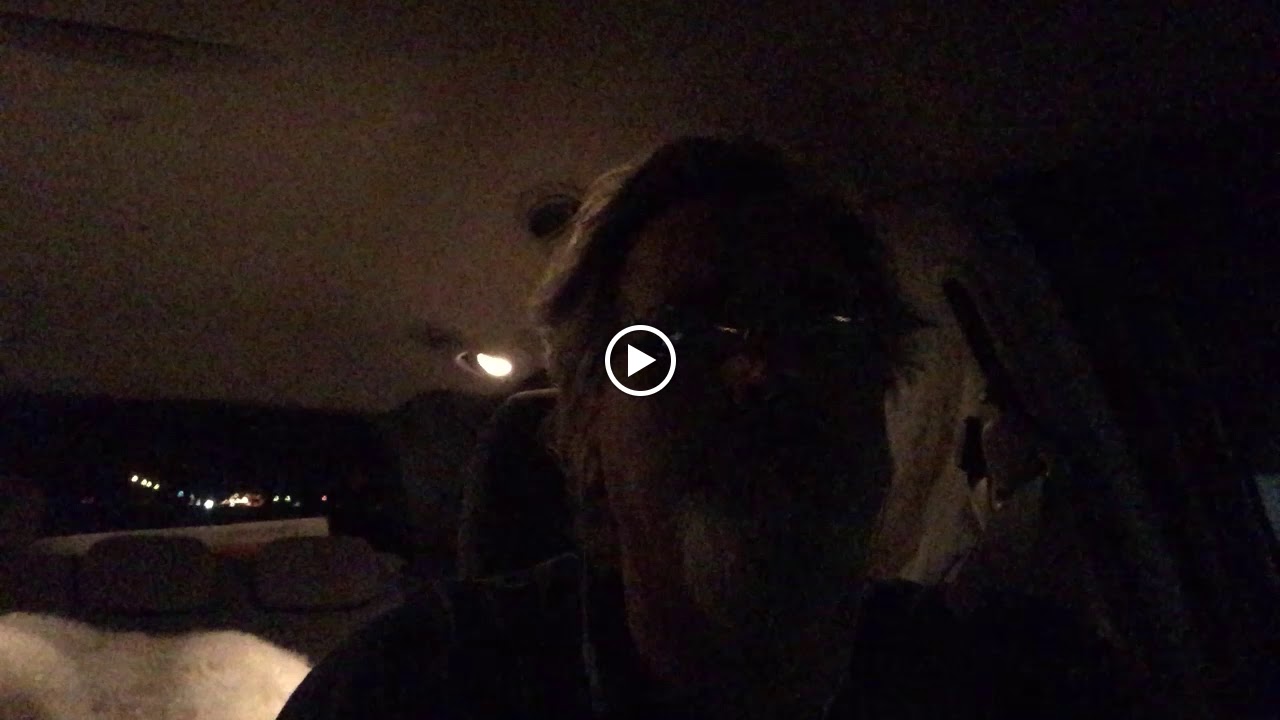