Dare is making herself at at home 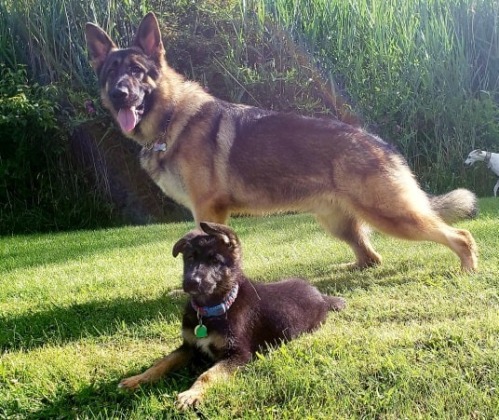 So Dare arrived Monday evening. Quest’s breeder dropped her off, along with the Brown Puppy himself, who had been up in New York State winning a few more points towards his AKC championship.

She is a fire-cracker of a pup. She doesn’t scream in her crate, and she eliminates as soon as her feet hit the ground.  She’s not going to be tough to house train at all.

She is also quite interactive. She already looking me in the eye when I talk to her, and she’s also talking back with her cute little German shepherd moans. 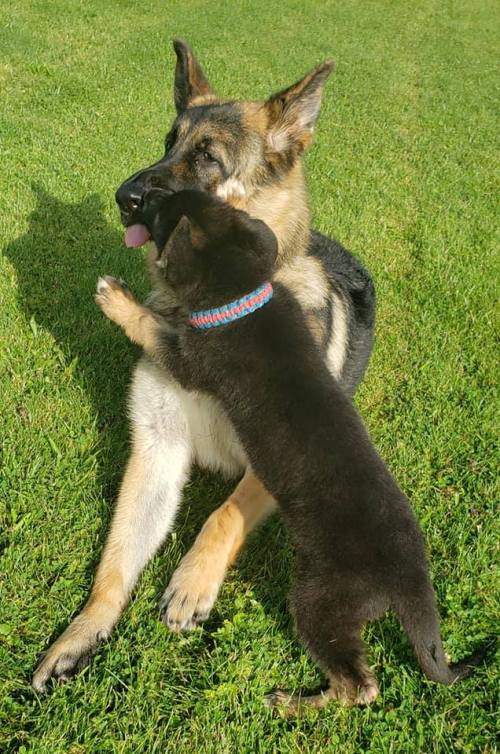 She and Quest are getting along very well. He never really has any problem with little puppies, and he generally likes other dogs. So those two won’t be much of a problem.

Dare has that German shepherd look in her eyes. It’s hard to describe, but it’s one of their hallmarks. They have deep piercing eyes that fully portray their intelligence. 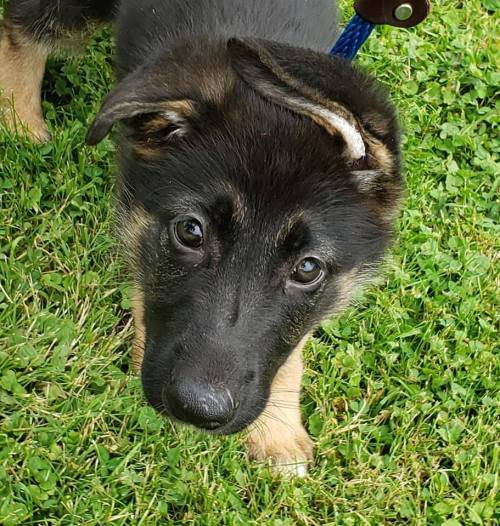 I think she will be an awesome dog. She’s already a super puppy. 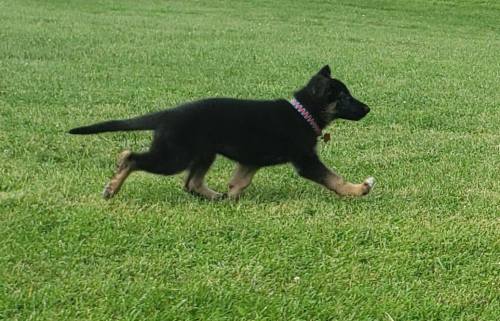 And yes, I must fully admit that I am no longer a golden retriever person. They are good dogs, but they don’t do it for me the way a German shepherd can.

I am so fortunate to know so many good people in the breed in this country. I want to thank Frank De Bem of Kysarah Shepherds in New Hampshire for giving us this wonderful opportunity, and I want to thank Brianna Burkhart, Pamela Martin, and Anya Dobratz for transporting her across the Northeast to get her out here.

So I am happy with this little black and tan pup.  I know that I am in the right breed community, and these dogs are so awesome.