SUP with the Pups

I think it was a picture on Ruffwear’s catalogue that first caught my attention. Then back in May they did an article on their blog about “How to SUP with your Pup“.  I was smitten with the idea but had never seen a SUP (Stand Up Paddleboard) before and  I even looked at a few local websites to see if anyone rented them and couldn’t find any.  A facebook friend in the states mentioned it a month or so ago and I was again reminded about how I wanted to try it but I didn’t do anything about it.  Then on Friday night, somehow it came up in conversation and Marlin said he’d love to try.  Really? OK!!

We found a local place that rents them and decided initially that our first trip would be without the dogs.  The last thing we needed to deal with were the dogs setting off our balance.  We went off to the store first thing in the morning and it was a bit confusing.  They sort of had one to rent, but not two, but maybe they could do two but they weren’t really sure….  Errrr???  Do you rent them or not?  It wasn’t that they had a bunch out already, it was more like they sort of rent them but not really.  It was weird. 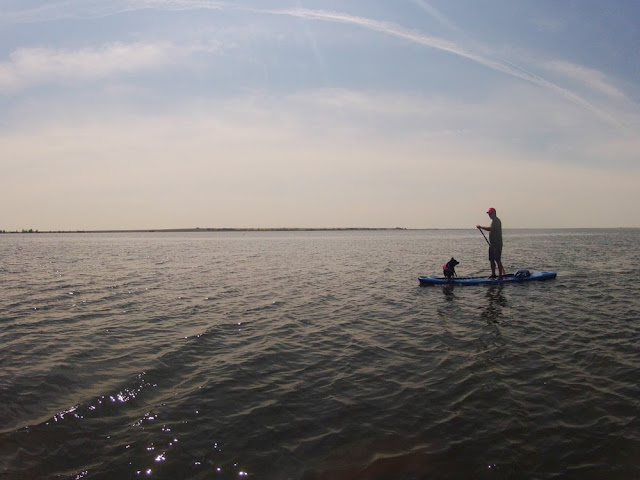 Anyway, they had what is called a “Versa board” – (think of a hybrid between a SUP and a kayak) that was definitely available for rent and they got approval from the manager (who was off site) to rent us a SUP that was brand new and not actually supposed to be rented.  I heard the employee quietly describe us as “older” on the phone to the manager.  I think what she meant by older was “responsible”.  ;) 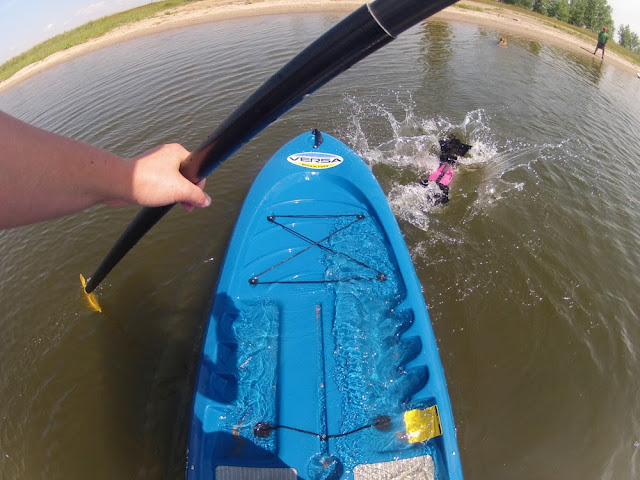 Once I saw the Versa board, I knew for sure the dogs and us could manage that.  So we changed plans… got loaded up, picked up the dogs and headed out to Keho.  Oh what fun. 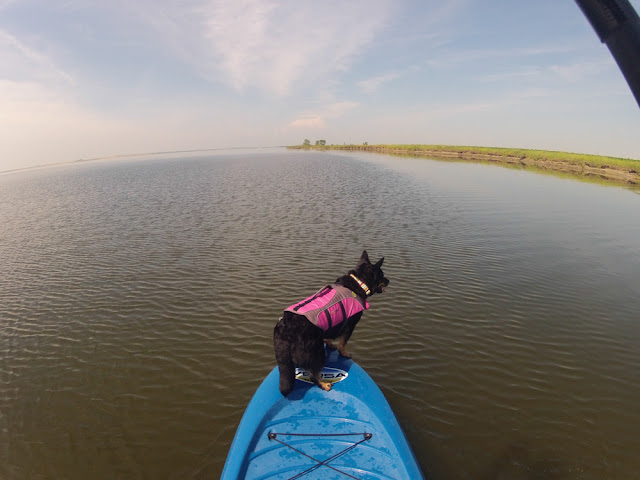 The SUP was definitely more of a challenge but was more manoeuvrable in the water.  I think an experienced SUP pup could ride on it, but it was too much for our girls.  So we ended up with both the dogs on the Versa and the other person alone on the SUP. 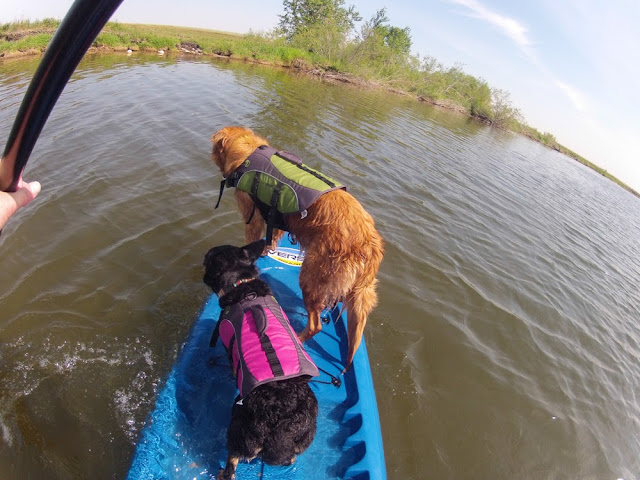 Lacey was awesome.  She’d find a spot and generally just stand there. Whenever we headed to shore for a break, she’d hop back on no problem to go again.  Her tail was down for the most part, but I think Coulee was affecting her quite a bit. 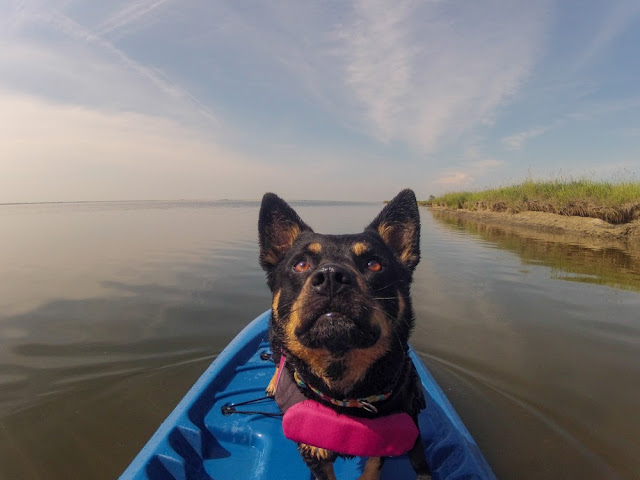 Coulee was not so awesome.  She whined and paced and whined and paced.  I’m actually wondering if it makes her feel nauseous.  Every time we headed to shore she’d eat a mountain of grass (which is unusual for her).  In the end we just let her run along the shore and swim around and she was much happier as was I.  My thighs were quaking like leaves trying to maintain balance on a constantly shifting board. 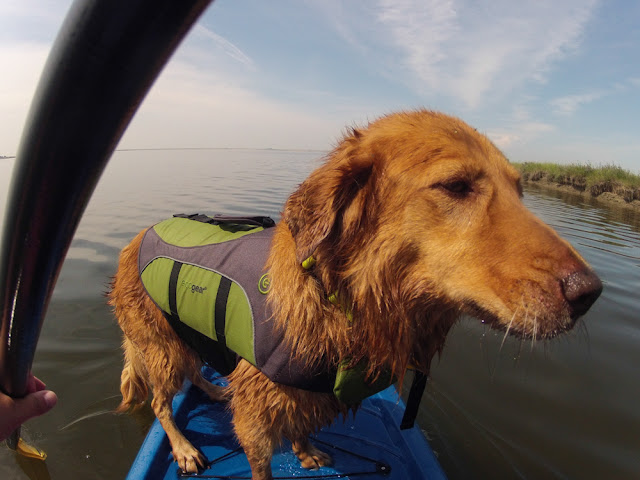 We also brought our Waboba ball with us and it was the first time we had a chance to use the “person one”. (I’ve taken the fetch out with Coulee before.)  It bounces on top of the water… it is super fun.  The dogs of course also thought it was fun and Coulee got a tremendous work out playing monkey in the middle.  It was nice having someone retrieve it when we had a bad throw though.  :) 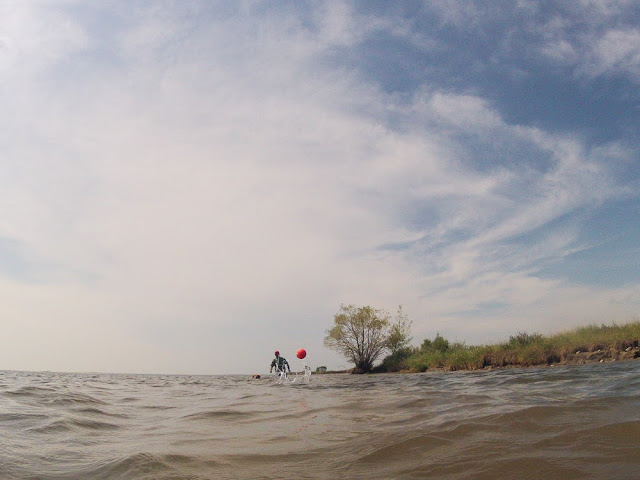 The horseflies were brutal!  We were constantly beating them off our legs while paddleboarding.  They showed up in quite a few pictures looking like helicopters while we were playing with the Waboba. 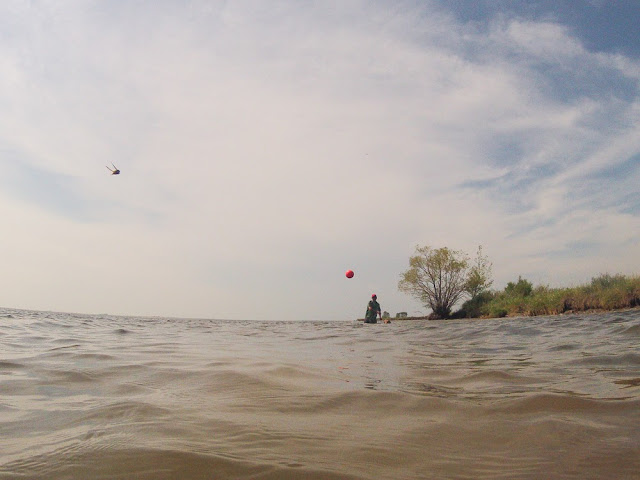 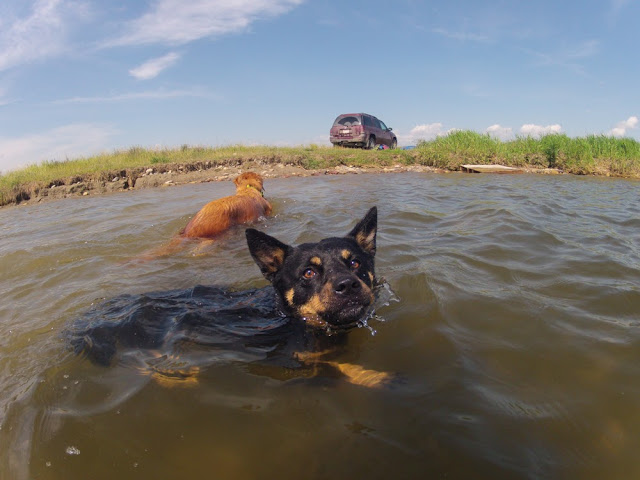 Whenever she got the ball, she’d run around on shore shaking it and not giving it to anyone.  :) 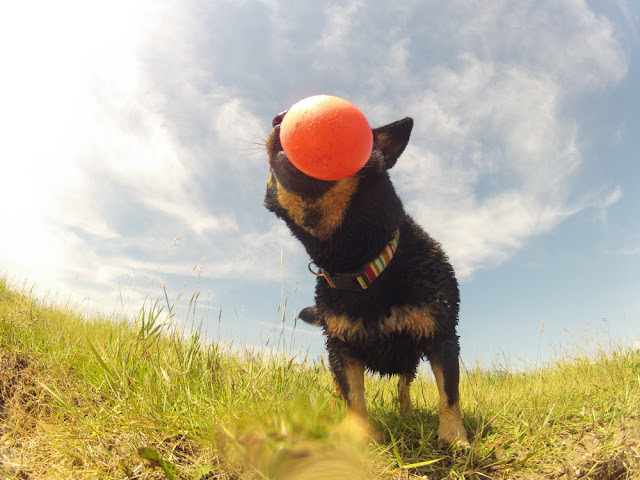 Coulee just wanted us to throw it again and again. so she’d deliver it when Lacey was tired of it. 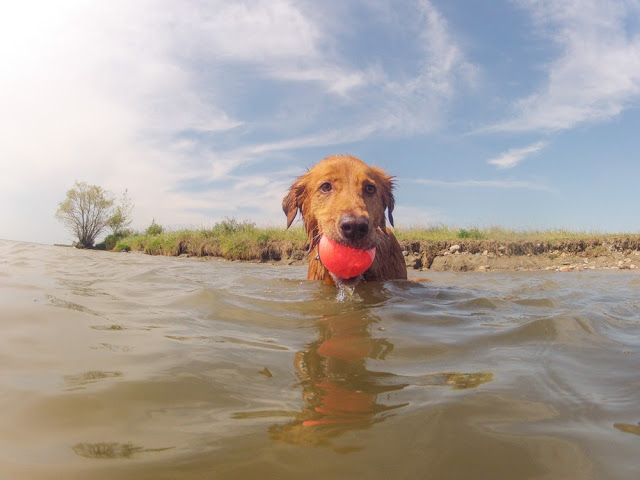 It’s funny how sometimes the GoPro catches what looks like “product placement ads”.  :) 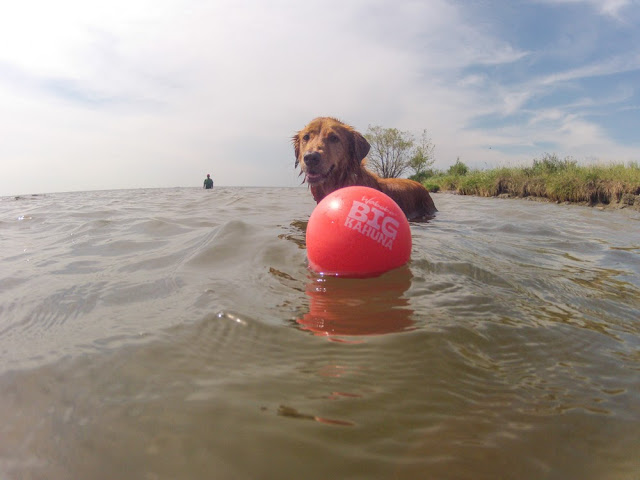 This is Coulee playing monkey in the middle and me trying to catch the ball.  Sorry for the crooked angle – I must have been leaning to the side to get the ball.  :) 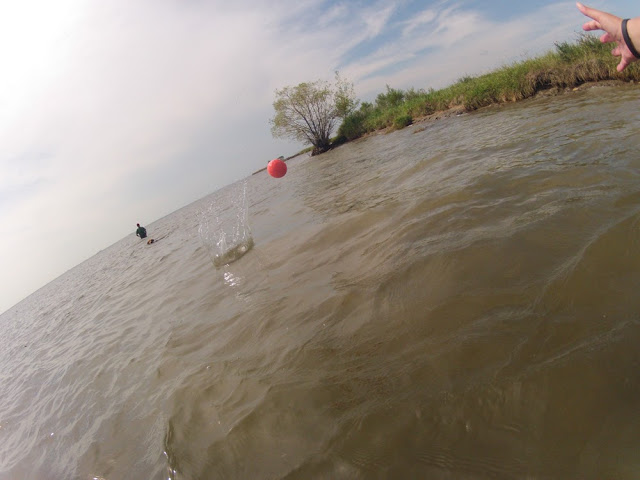 Delivery service at its best. 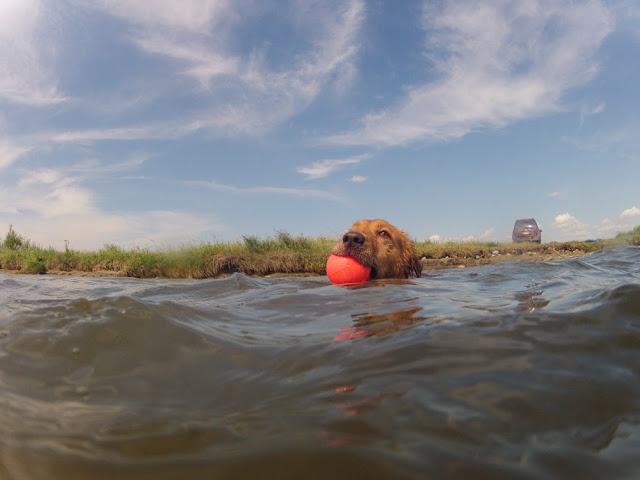 PS – All the images are taken with the GoPro on a timer interval.
Crazy Coulee and Little Lacey