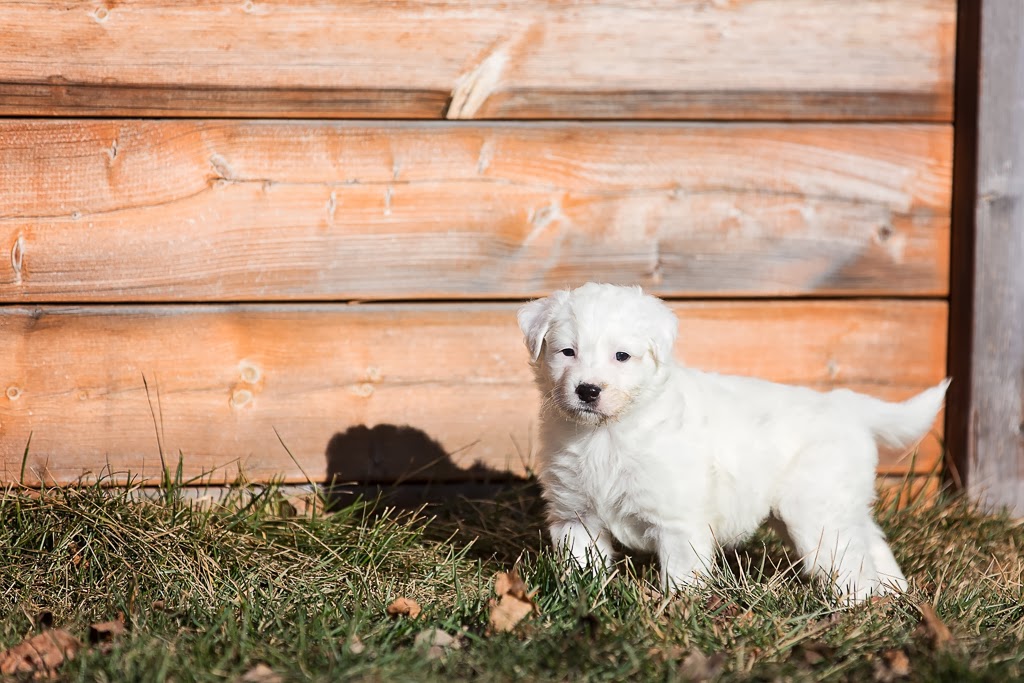 and Bernadette (aka Bernie). 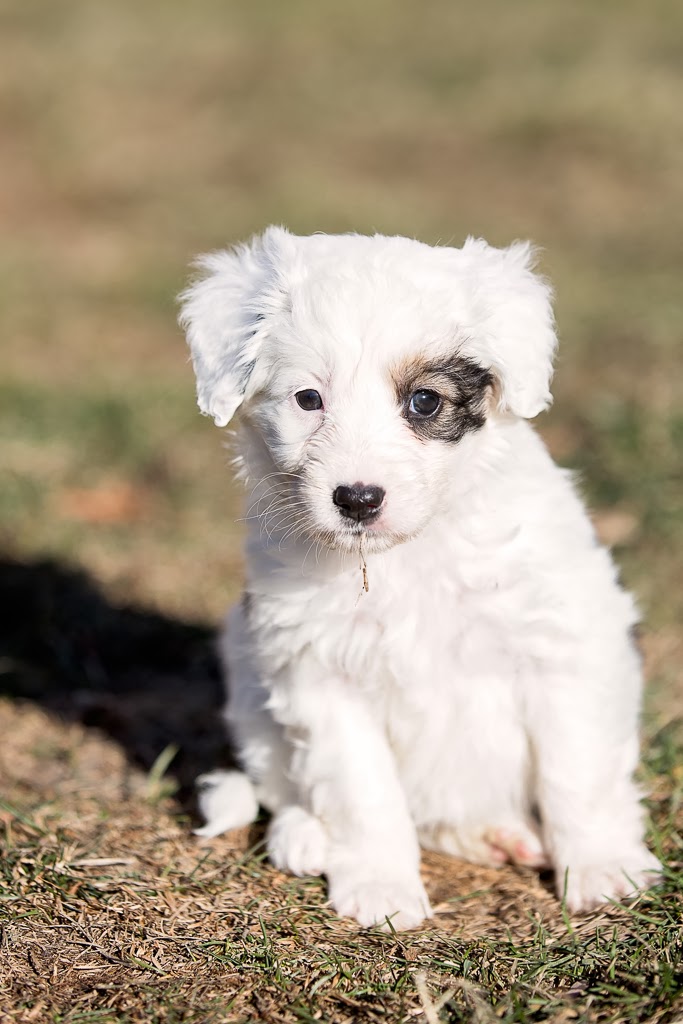 They are two pups that are with the Windy City Canine Rescue that Marlin is letting us foster.  :)  There are 8 pups in the litter of Springer Spaniel pups – the mom was purchased from an ad on kijiji and when she went to get her spayed, the vet discovered she was pregnant.  Sure enough a few days later, 8 little cuties pop out.  As often seems to be the case, by the time the pups start to be about 5 weeks old, the owner of the mom is starting to feel overwhelmed by the extra responsibilities she wasn’t planning on.  (And by the amount of poop these two produce, I’m not surprised!) So into rescue they came.  2 other ones are with Lorelei and the other 4 are with another foster home. 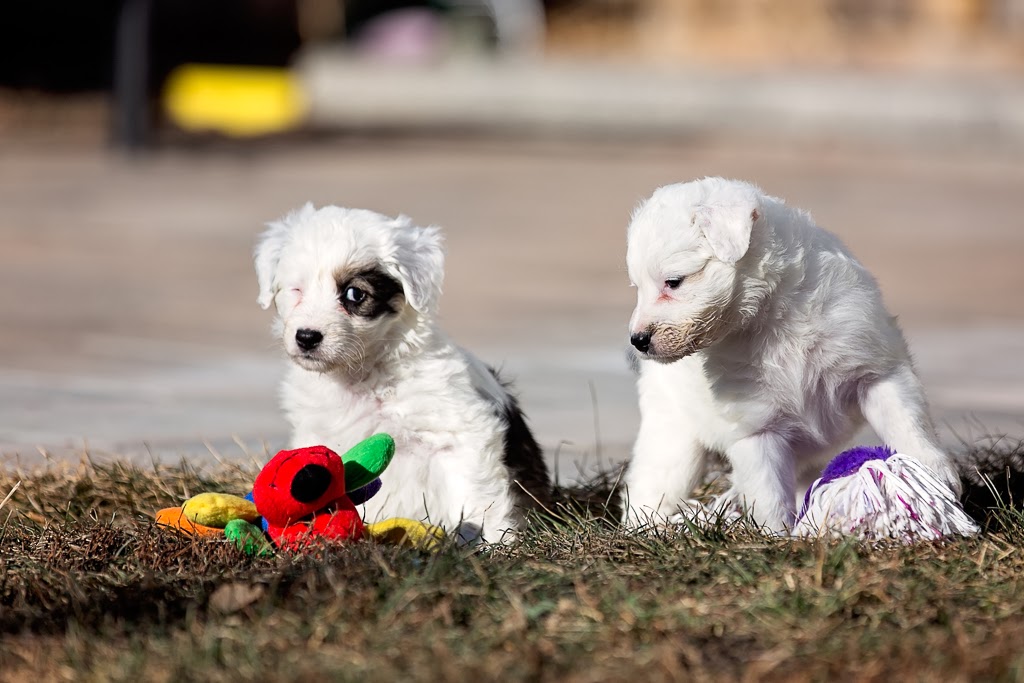 The first day was a breeze… all they did was sleep, eat and poop. They would be awake for maybe 5 minutes after pooping and then go back to sleep. 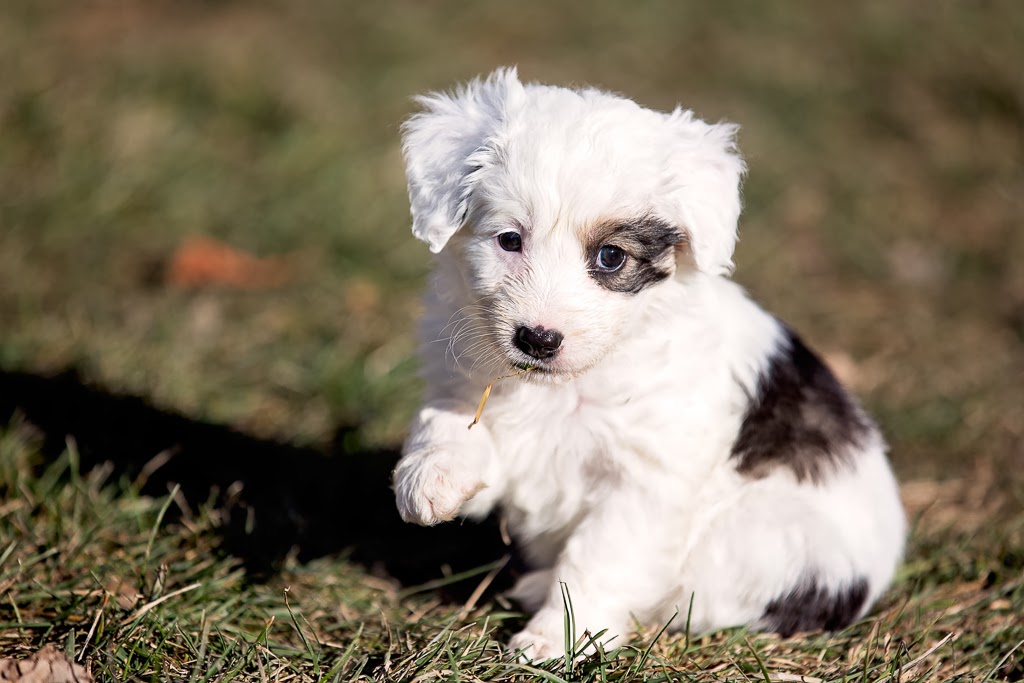 Their first night was also a breeze.  We kept our door open so we would hear them if they got upset (they are downstairs in the kitchen) but we didn’t hear a peep. 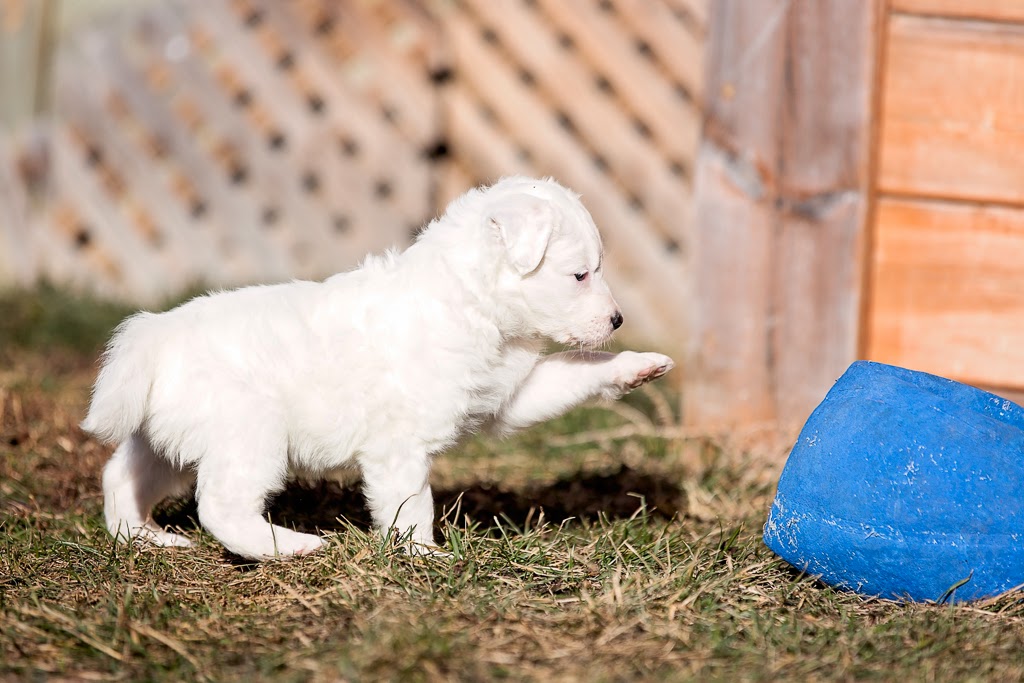 These last two days have been more active and fun. Their little tails wag like crazy when they see me in the morning.  They eat their meals like champs. Bernadette even licks out the dish! (Coulee would be proud had she noticed, but seeing as she can’t bring herself to look at them…) 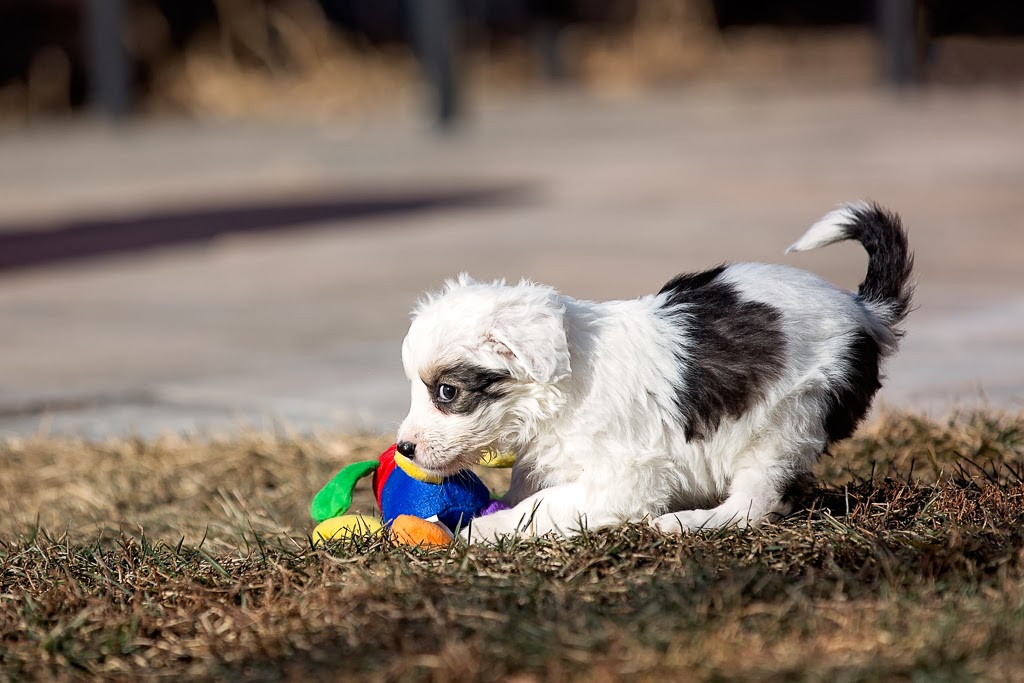 I took them outside yesterday at lunch for an hour or so.  After spending a bit of time getting their bearings they had a great time running around and playing. 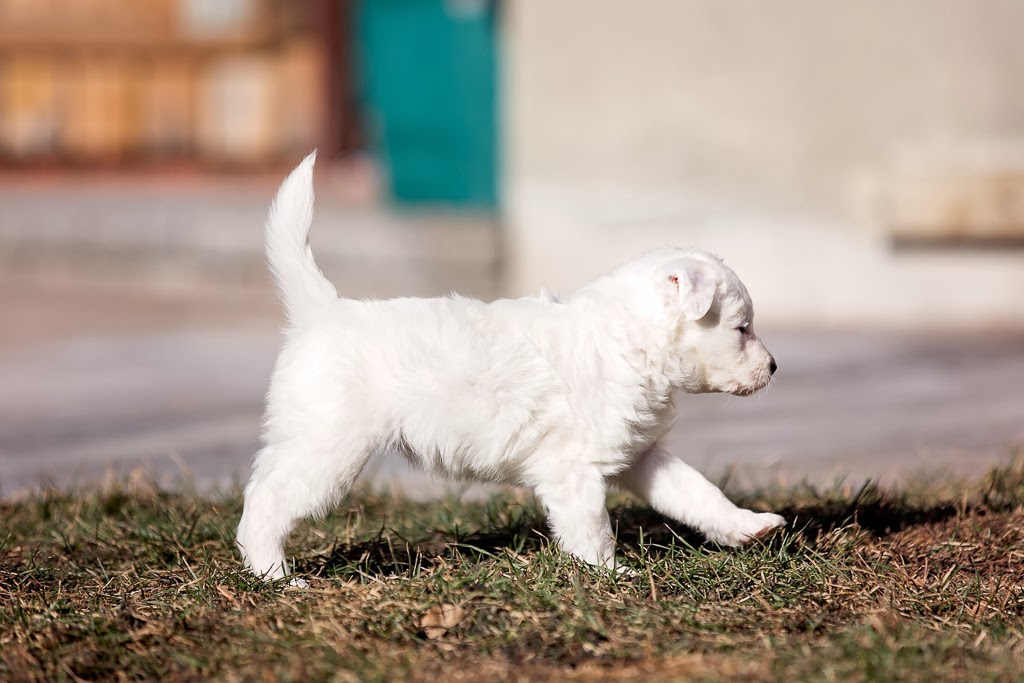 We’ve done pretty casual intros with the other critters in the house.  The girls want nothing to do with them for the most part, but I could see Lacey debating whether or not she was excited or scared yesterday when they were outside so I bet, given a little more time, they’ll hit it off. 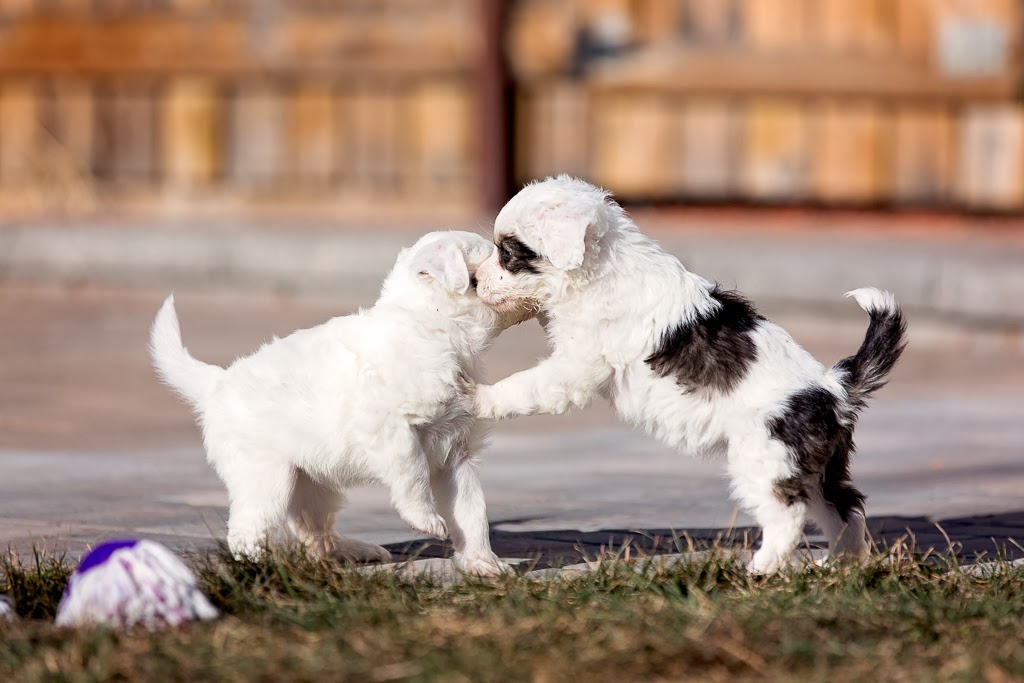 The puppies are super respectful.  A little grumble from Coulee (from 2 feet away) sends them sprawling on their backs.  A hiss from Lu gets them to back up.  Jack is shockingly the most comfortable with them. Amy was just relaxing on my lap last night and Jack came up and sniffed her, let her sniff him and even take a gentle little nibble at his tail.  :)

It’s cute seeing little bits of personality already.  Loud noises send Bernie looking for safety.  She doesn’t like it when Coulee barks, when the smoke alarm went off or when there are any sudden noises.  In new places though, she is the first to go off exploring.  Amy needs a moment to take everything in, but once she decides it’s OK, she seems the braver of the two.  She is smitten with Coulee and Lacey and wags her little tail furiously at them whenever she sees them, but doesn’t go running up to them. She just sits and stares and wags.
Crazy Coulee and Little Lacey