Sagan turned 11 months old on Tuesday. He is just a good boy all around.

He’s turned into fetching fool.  That Herm Sprenger ball gets a lot of use!

Meet Baby Blue! Here’s what her rescuers have to say about this Husky / Shepherd mix: Baby Blue was born after a pregnant dog was dumped in a rural part of Arkansas. We think she is a Shepherd/Husky mix. She was born around September 1st. Baby Blue has one blue eye, which makes her very … END_OF_DOCUMENT_TOKEN_TO_BE_REPLACED

WordPress has given me a new, very clunky editor that does not allow me to use this software the way I use it. I have been in contact with WordPress trying to get this issue resolved, but I am unable to.

I am in the process of getting a new site set up. For Premium content subscribers, this means that it may take some time for me to get everything squared away. If you have any questions, please use the contact form to contact me.

The new editor is design for people use use mobile devices to blog. And that’s not me.

The domain will still be up if you’re looking for older content, but new content will not appear at this site.

I was barely able to post this. LOL. It’s that bad.

I’ll update everyone with the new site when it gets established. I don’t know how long it will take. But I am working on it.

If you are a new pet parent who’s a fan of both candy and canines, why not choose a sweet candy dog name for your new four-legged family member! From palate-pleasing confections of the…

Pesto Penne with Olives and Tomatoes 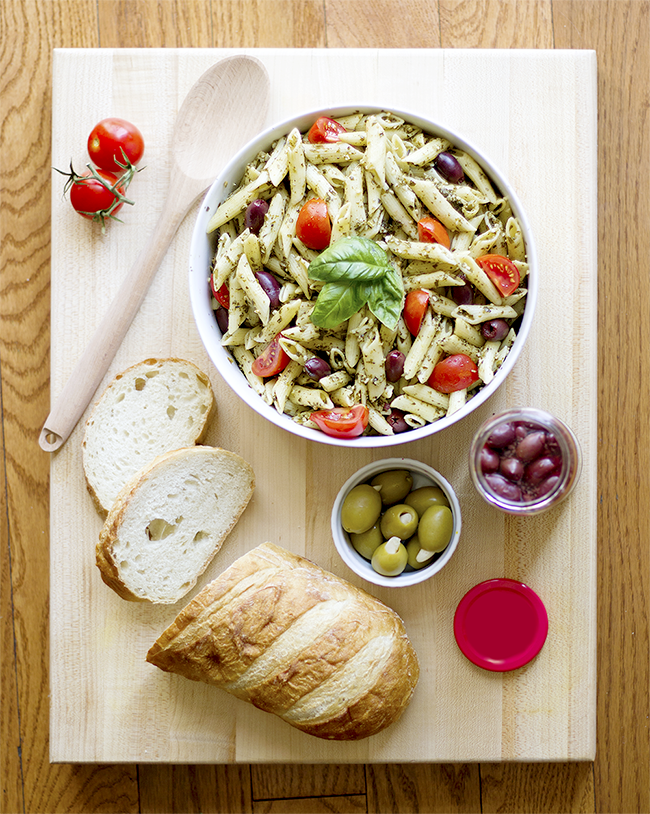 This dish is a summer staple in our house, but I find myself making it in the fall and winter a lot too, because when it’s cold and grey, it reminds me of summertime. We grow basil all year long thanks to our Gardyn system (Side note: You can get $ 100 off a Gardyn of your own with this link; we love ours!), which enables us to make pesto from scratch. But just as often, we buy the store bought version, which makes this meal easier than ever. Either way, I think you’ll enjoy this super delicious, full flavored pasta dish! 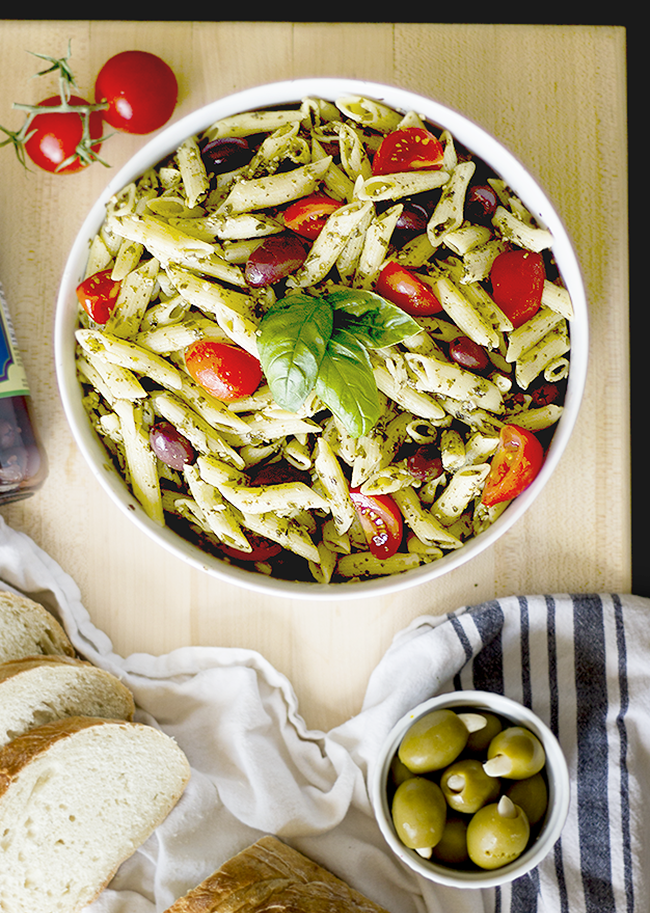 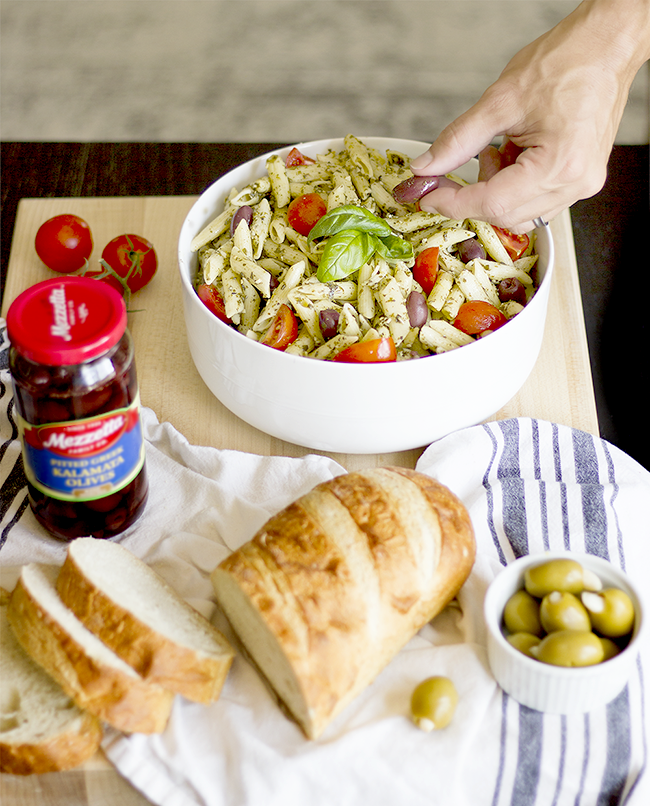 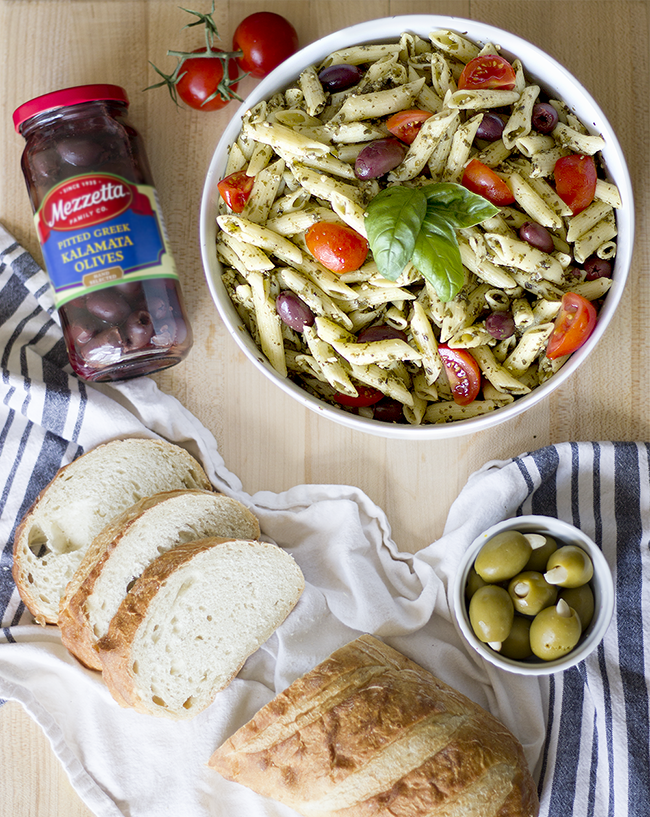 This is such a simple, quick dish (especially if the pesto is premade), and keeps a little bit of summer around year. Enjoy!

As the weather cools and we all enjoy longer and more strenuous walks with our dogs, it’s important to properly prepare for boosting your dog’s fitness level. Today we have a guest post…

This is a remarkable bit of trail camera footage from Putnam County, Florida.

Here we have two gray foxes coordinating an attack on a flock of Osceola turkeys. They are engaging in behavior I’d expect more from wolves or coyotes.  One fox harries the birds, while the other sneaks around from behind.

Although the foxes don’t catch a turkey that day, they might sometimes succeed if they keep doing this behavior.

I’ve read old accounts of gray foxes working together to hunt rabbits, but I put them away as hearsay.

After seeing this footage, I am convinced they do sometimes engage in cooperative hunting.

Gray foxes, especially in Florida, aren’t that big, and a turkey is a fighting dinosaur of a chicken. My guess is they aren’t regularly preying on mature turkeys, but they do engage in this sort of behavior to test them in much the same way wolves test elk or caribou.

Maybe I’m reading too much into this footage, but it is pretty remarkable.

I’ve always admired the gray fox. It’s a truly unique American canid, for it has no Old World congeners.

And this drama happened in the third most populous state in the union, not in some far wilderness of the West. Indeed, just a stone’s throw from the first permanent European settlement in North America. 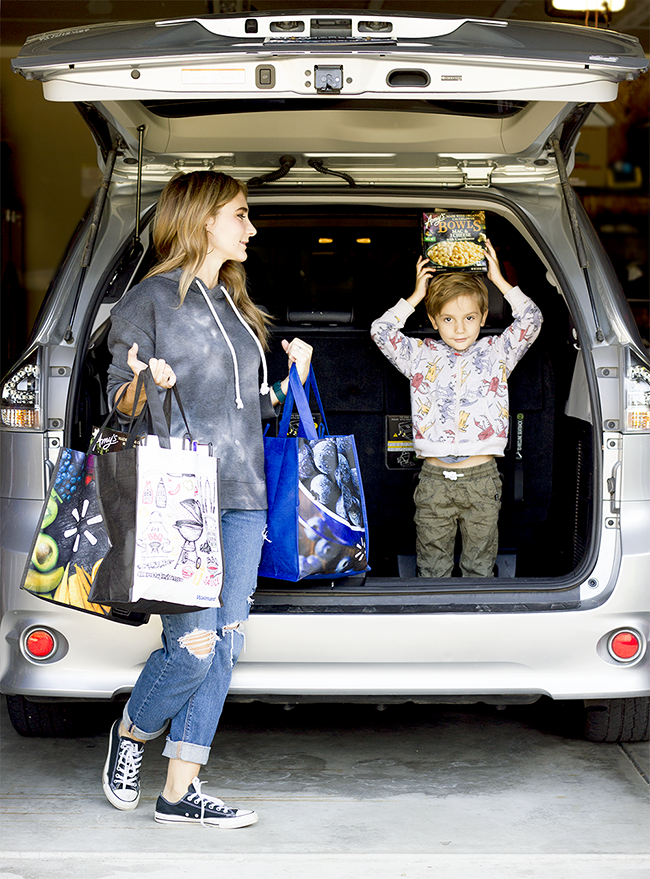 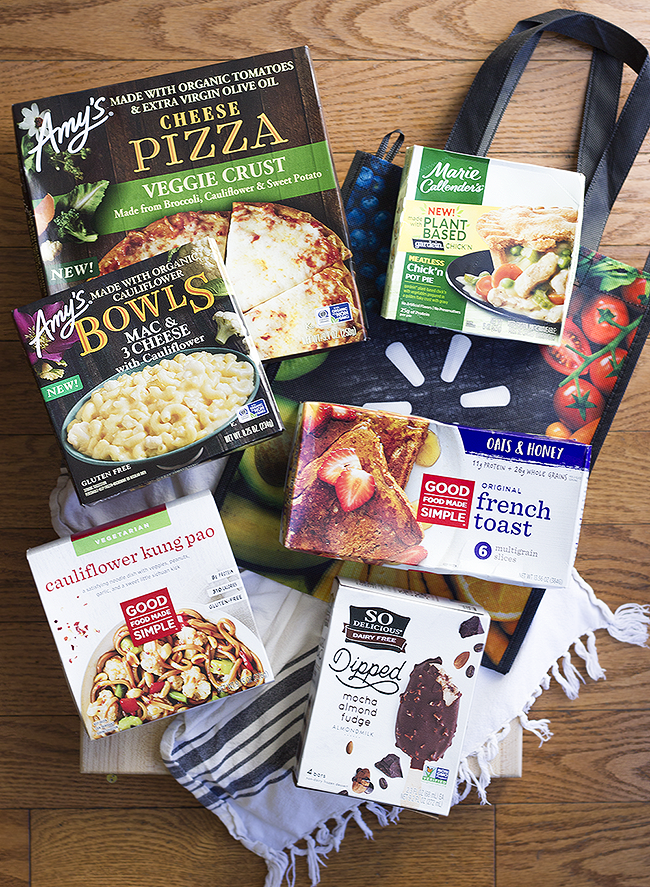 This post is sponsored by ConAgra, Danone, Amy’s Kitchen, and Good Food Made Simple®. All opinions are my own.

You guys, I’m finally doing it: a grocery haul. I have been fascinated for years with people sharing their grocery hauls on social media and their blogs, and I decided it was about freaking time I did one as well. This isn’t your average grocery haul though. This is a very specific grocery haul that made me so happy I just couldn’t keep it to myself.

As you know, I have been a vegetarian since I was fifteen year old. I share a lot of vegetarian and plant-based recipes here, but what I need to be sharing more often is that a lot of the time, I rely on good ol’ fashion frozen food, because, well, it’s way more convenient that having to try to whip up meals and desserts from scratch everyday. In the past, I’ve usually gone to specialty stores to find veggie and plant-based frozen meal favorites, but a few weeks ago, I discovered that Walmart has a plethora (yes, plethora) of them. From vegetarian and vegan to dairy-free to frozen goodies for those with specialty diets, Walmart has you covered (and at unbeatable prices!). Since I hit up Walmart frequently for, well, just about everything else, this made me extremely excited. And that’s where this haul began.


And now on to all of the goodness I got! 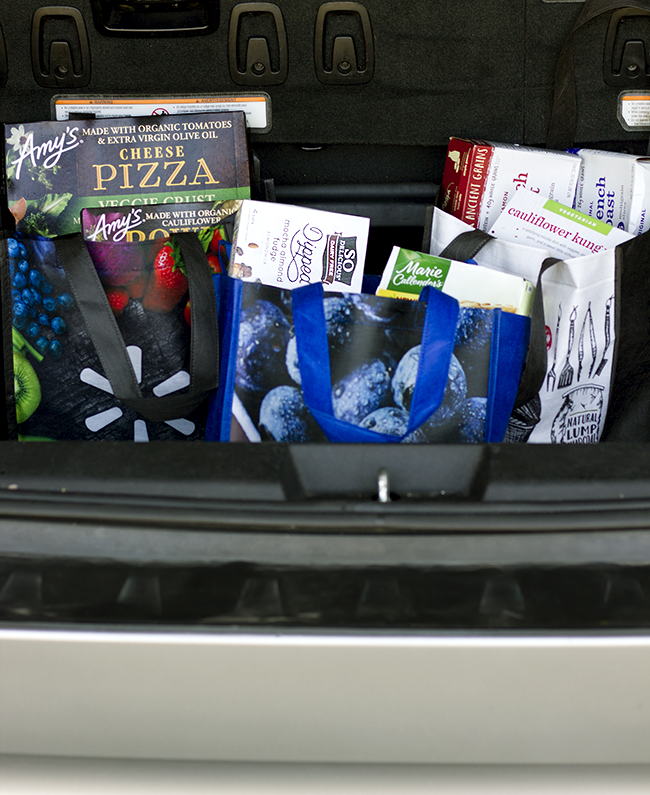 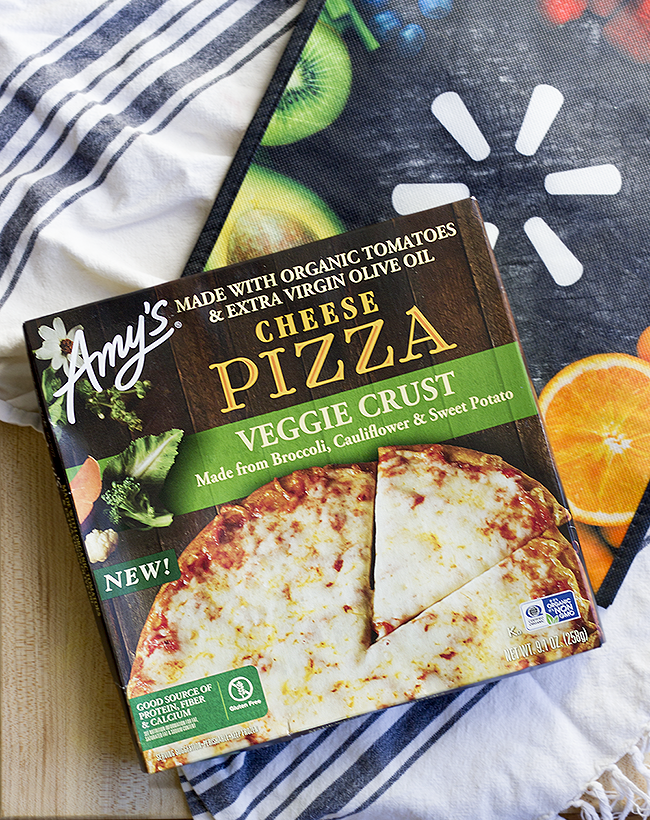 I am a long time fan of Amy’s products, and Amy’s frozen pizzas are staples in our home. So I have been all sorts of excited to try Amy’s new Veggie Crust Pizza. Spoiler: it’s so, so good. Its crust is made from organic cauliflower, broccoli, and sweet potato, and it is topped with slow-simmered tomato sauce and mozzarella cheese. It’s vegetarian, gluten-free, nut-free, kosher, delicious, and only takes a few minutes to cook. So many wins! 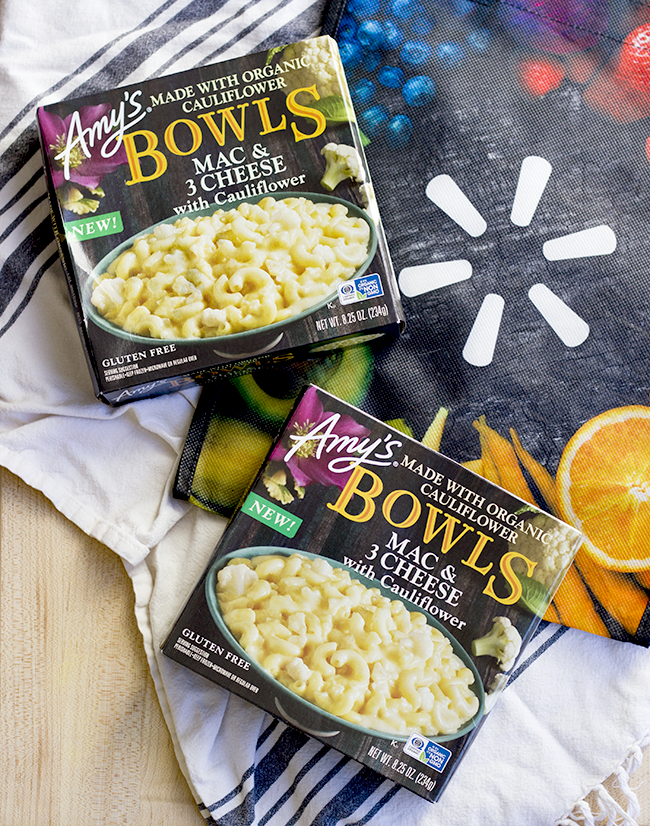 2. Amy’s Mac & 3 Cheese with Cauliflower Bowl
This is genuinely the best gluten-free mac and cheese I’ve ever had. Yummy cauliflower is mixed with rice pasta and a delicious, flavorful three cheese sauce (cheddar, Monterey jack, and parmesan). It is ready in minutes and an absolute favorite of my little ones. I love that I can stock up at Walmart and keep a bunch in my freezer for the easiest weekday meal ever. 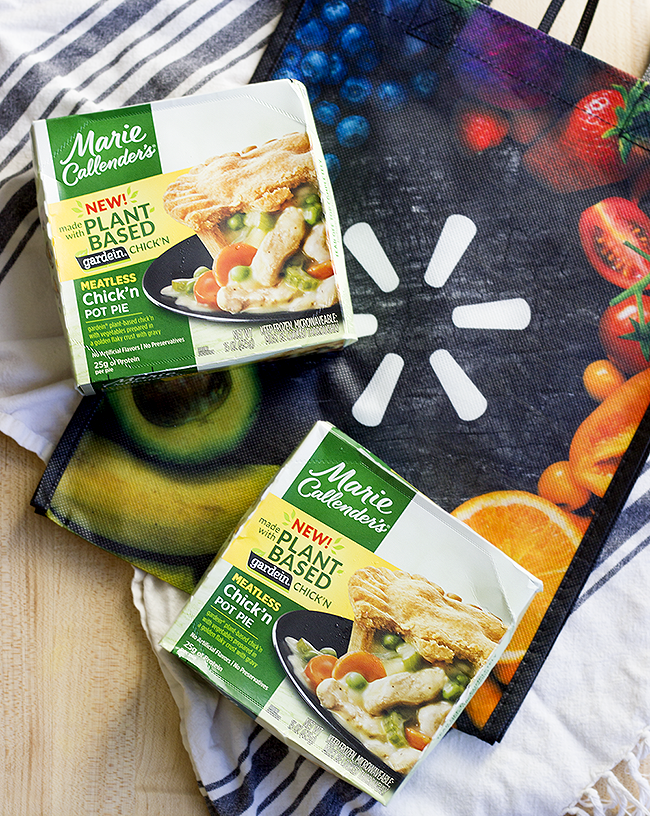 3. Marie Callender’s Chick’n Pot Pie made with Gardein Chick’n
I can’t even put into words how excited I was to discover this at Walmart. Chicken pot pies were my favorite meal as a kid, but I hadn’t had one in many, many years, since before I went vegetarian. I’m a long time fan of Gardein products (so many delicious meat alternatives), but I had no idea this existed. Well, it did not disappoint, and I am thrilled to be reunited with my favorite comfort meal. Kudos to Marie Callender’s and Walmart! 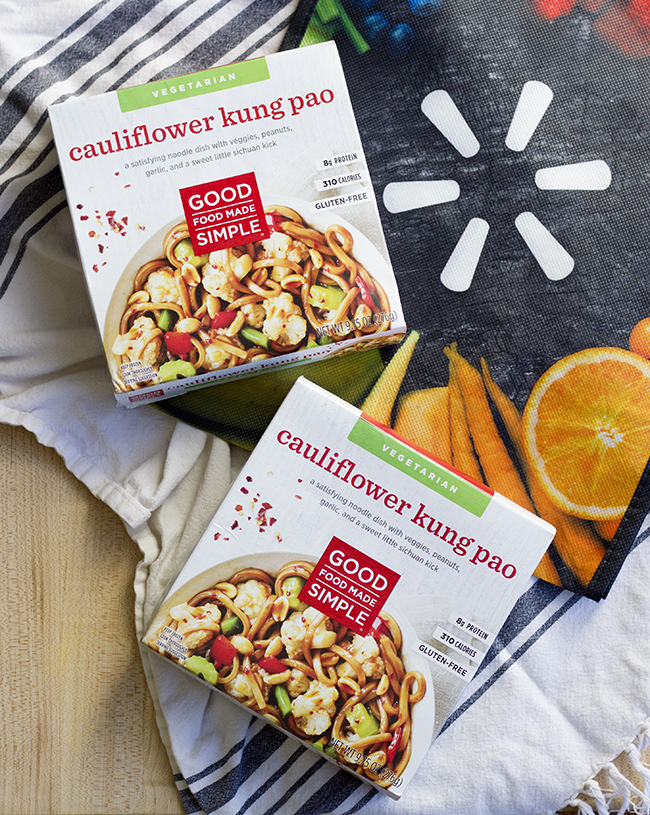 Good Food Made Simple® Cauliflower Kung Pao
My husband loves Kung Pao spaghetti, so when I spotted this plant-based, gluten-free version by Good Food Made Simple at Walmart, I knew I had to get it. It turns out I love it just as much as he does. It’s sweet, spicy, and tangy all at once, and full of organic veggies and yummy rice noodles. So good. 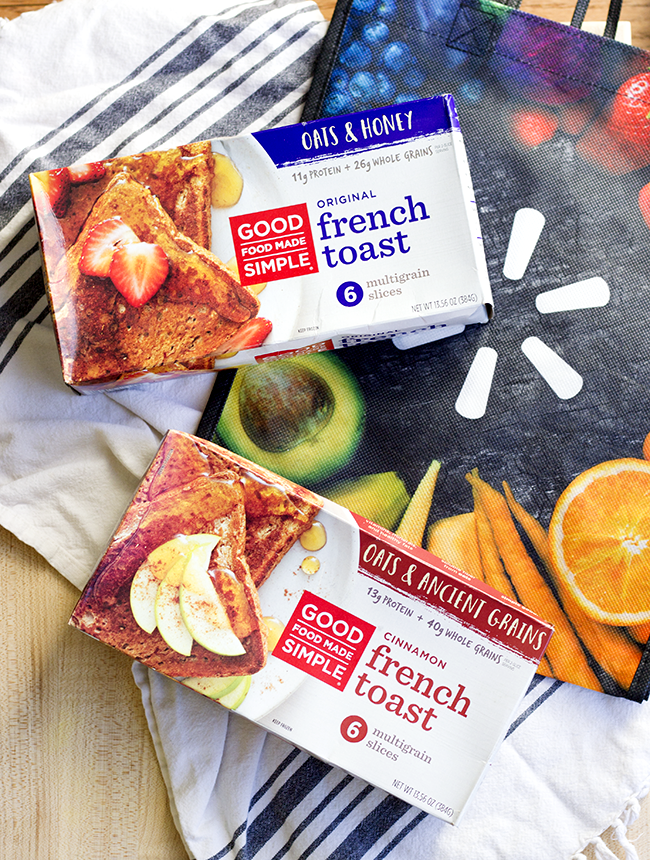 5. Good Food Made Simple® French Toast
My kids love french toast for breakfast, so I was also excited to see that Walmart had these better-for-you version by Good Food Made Simple. They love the way both Oats & Honey and Oats & Ancient Grains taste, and I love that they’re simple, clean, and made with non-GMO ingredients. 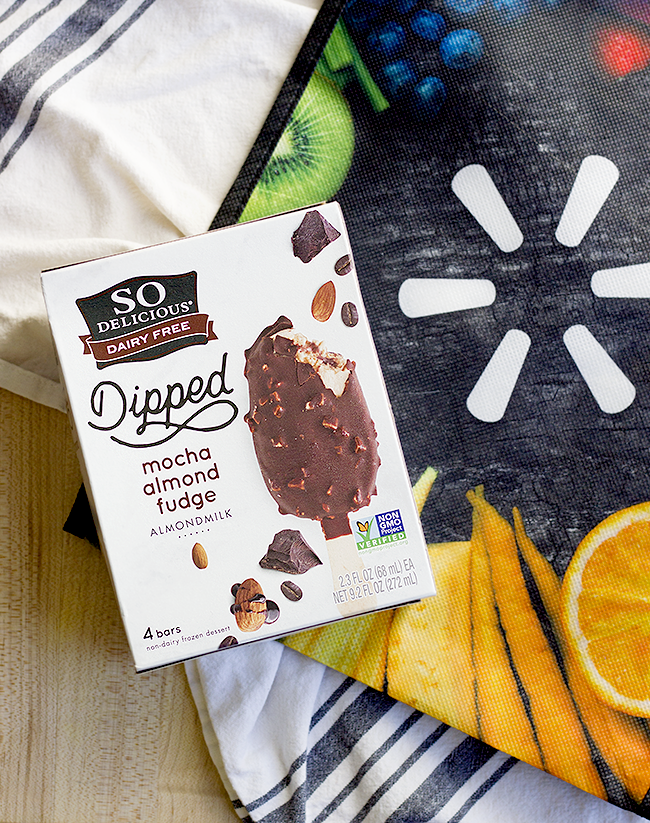 6. Mocha Almond Fudge So Delicious® Ice Cream Bars
I couldn’t leave dessert out of this amazing haul, right? Just like all of the other plant-based goodies I was so stoked to find right at Walmart, So Delicious® Ice Cream Bars have quickly become a favorite in our house. These bars are made with almond milk and rich fudge in a crunchy chocolate and almond shell. They’re also certified vegan and non-GMO verified. Any just like their name says, they really are so delicious. 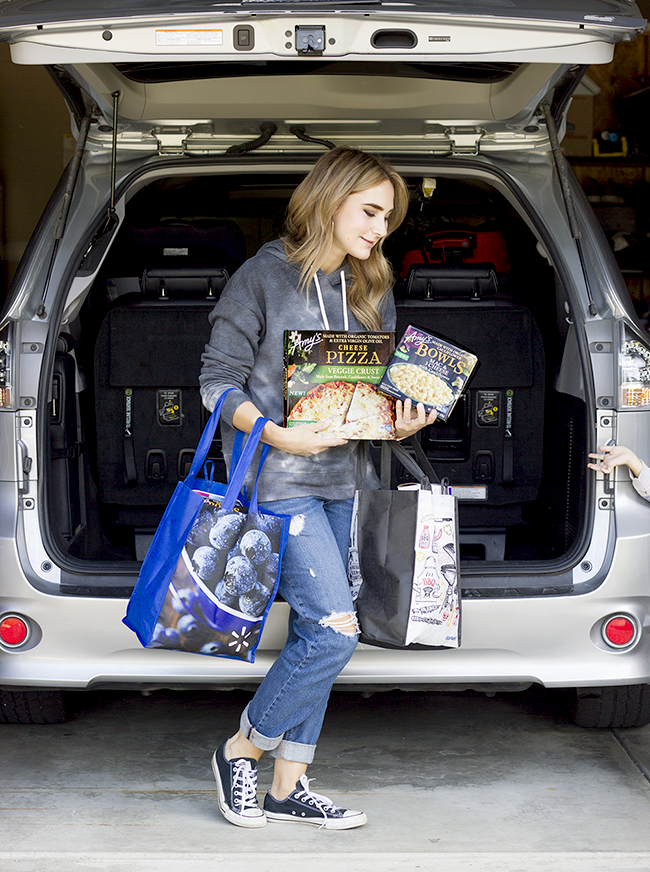 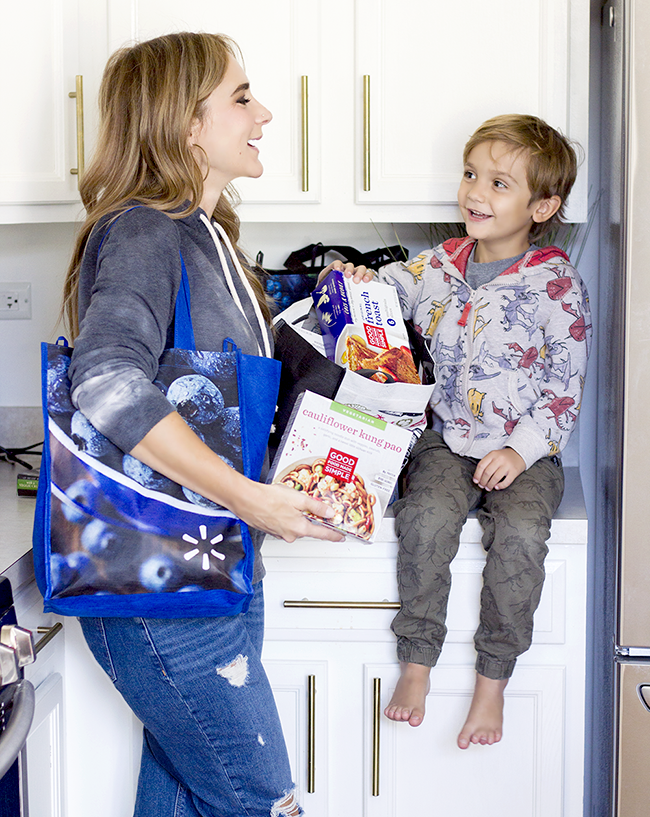 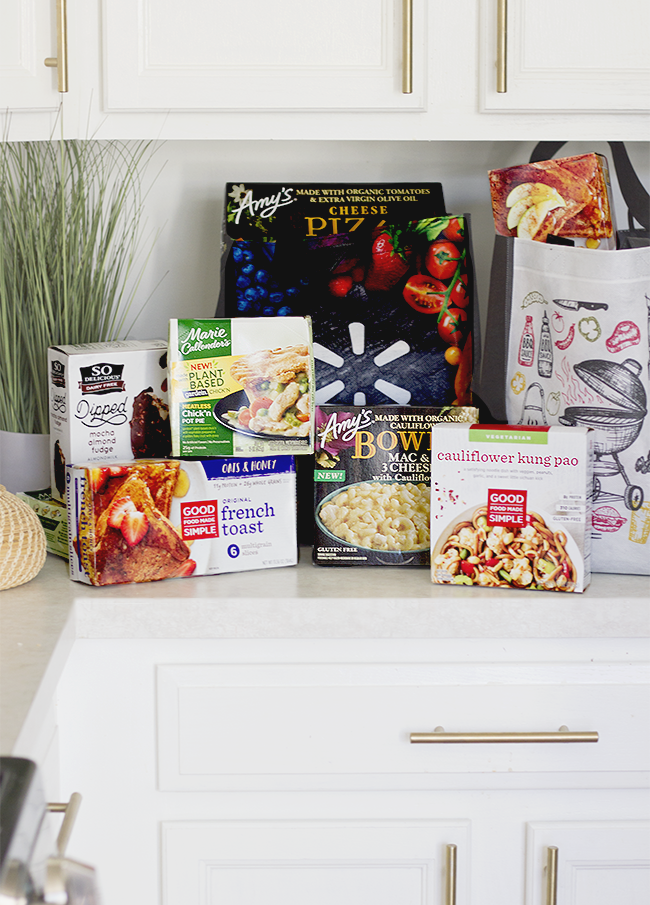 I think I might have to do another veggie-themed grocery haul soon. Is that something you guys would want to see? In the meantime, head to your local Walmart (or use their online pick up or delivery services!), and bask in the glory that is their amazing selection of vegetarian, vegan, gluten-free, and plant-based frozen goodies!

I posted earlier in the week about an intelligence test for dogs, but even if you didn’t complete the test, I know you have some sense of how smart your dog is, just from living with him or her. Until next time, Good day, and good dog!