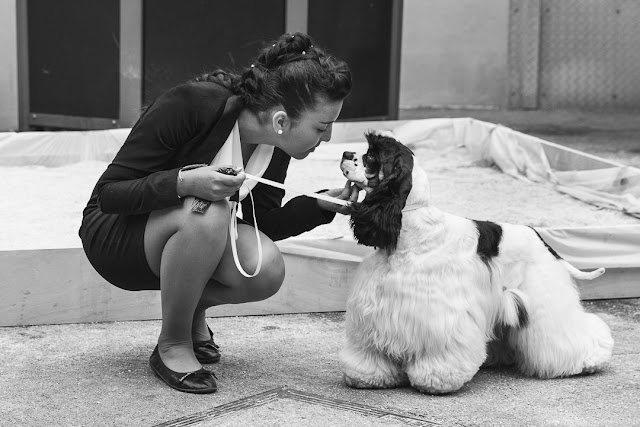 Learn about dog food nutrients. What are the nutritional needs of your furry companion. Can you and your dog share the same meals?
Dog Food Blog | Best Dog Food Guide

Microchips for humans—how soon? Or is it already here?

A lesson in breed creation

For a variety of reasons, I’ve been looking at golden retriever pedigrees.  One rather unusual thing about golden retrievers is that they are a common breed, but they have relatively complete pedigrees. They were created by elites in the United Kingdom, many of whom were students of English agricultural improvement.   For example, the Marjoribanks family, which founded the yellow strain of wavy-coats on which the breed is based, were active in breeding Aberdeen-Angus cattle, the famous “black Angus” that now dominate the beef market.

Golden retriever pedigrees are easily accessed online. This website has vast listing of goldens living and dead, and it isn’t hard to follow the links back from any backyard-bred dog to animals that might have sat next to Winston Churchill’s aunt or may have been shot over by George V.

But it is also easy to trace virtually any dog back to the foundation stock. The pedigrees merge after just a few generations. The popular sire effect is really strong in the breed, with certain males siring many puppies that went on to sire many puppies. The foundation stock for the breed appears to pretty diverse. Any line-breeding that exists is relatively loose. I find it hard to find early pedigrees in which someone bred tightly for more than a generation or two.

Retrievers were the dogs of the elite. They were bred from stock that had to serve a purpose, and what’s more, they came from diverse stock.  Every one of these breeds is a distillation of crosses of St. John’s water dogs.  They were bred much like lurchers are now.  Sir Bufton Tufton would breed his own sort of retriever, maybe crossing the St. John’s with a foxhound or perhaps he’d breed to a setter or a collie.   Lord Fauntleroy might say nuts to that, and he would breed Irish water spaniel dogs to his St. John’s bitches.

But they were still molded in the breeds we have today. Different features, such as the smooth coat of the Labrador retrievers or the tight curls of the curlies, would be selected for within the strains.  These strains eventually were molded into breeds that we know today, but it was a process that took place over 80 years or so.

Going through these golden retriever pedigrees, I’ve come to appreciate this process of formation, but my curiosity has been piqued.  We have very good records on the foundation of golden retrievers. Virtually no other breed has these records.

So I started perusing about the internet, looking into breeds I don’t really know that well.  Golden retriever pedigrees include listings of dogs that were alive in the 1860s. I began to wonder about what other breeds have parallel histories in this fashion.

Well, I found another common breed, the Yorkshire terrier, had a very different sort of breed foundation. They aren’t like retrievers at all.  In fact, their history is sort of the inverse of golden retrievers.

Golden retrievers have their foundation in Scotland. Their founders were among the elite who had made big money in England over the generations and were now living large across the Tweed. The Yorkshire terrier breed is derived from dogs belonging to Scottish migrant laborers who had come into the Industrial North of England to escape poverty and the Highland Clearances.  These Clearances were the Scottish Enclosure, and they made possible the vast estates that fell into the hands of the wealthy, who shot grouse and needed gun dogs to retrieve them

Laborers from Scotland brought the terriers south.  Terriers are useful dogs for the rural poor. They keep the rats down. Grain stores will always attract them.  You need a dog that will murder them.

And the Scottish working class had many sort of terriers, including several strains with silky coats.  Two of these breeds were developed into show dogs. The Skye terrier is still around, but there was another breed that was developed from that same stock. It was called the Paisley terrier, and it is from this breed that the Yorkshire terrier was created.

What essentially happened was that clothing factories in Lancashire and Yorkshire became breeding grounds for rats, and rough-bred strains of Paisley terriers were used to control them.

A woman living in Yorkshire named Mary Ann Foster (or “Mary Anne Foster” as some sources spell it) happened to obtain some of these factory rat catchers, and she exhibited them in shows.

And unusual dog of this strain was born in Huddersfield, and Ms. Foster wound up owning him.  He did very well at shows. He was called Huddersfield Ben, and over his short life of only six years, he was bred extensively to other dogs of this sort of Paisley-type terrier. Although it is almost impossible to find the pedigrees of these early Yorkshire terriers, it is likely that all Yorkshire terriers descend from him.

This dog’s pedigree was very tight.

A sample golden retriever pedigree from roughly that time period is not nearly that tight.

The reason the golden retriever pedigree is not as tight is because there was a belief that retrievers should have some amount of crossbreeding, and these dogs were being bred by nobles with access to lots of different gundogs of different breeds. They had money and resources to develop strains much more slowly.

Yorkshire terriers arose in a different milieu. They came about when working and middle class people in the North of England wanted to produce a distinct show dog strain. These people did not have access to all the elite strains of terrier, and they did not have unlimited resources to devote to breeding programs.  In order to establish the strain, they bred very tightly.

The British Empire had long promoted “breed improvement” in livestock. Since roughly the year 1800, livestock showing became a major part of the common culture.  Livestock shows were widely attended, and the landowner or noble who produced the best strains of cattle, swine, sheep, and goats became much celebrated in the nation.  By the middle of the nineteenth century, these shows were a major part of British society,

But these big breed improvement shows were inaccessible to the working and middle classes. You have to have vast acreages to maintain herds of cattle and other hoofed stock, and anyone outside of the elite would have been unable to participate in these programs.

However, dog shows provided that outlet.  They were a way that the average man could participate in the elite’s game of producing new strains, and small terriers don’t require that much in terms of resources to maintain.

Yorkshire terriers come out of a society in which everyone wanted to produce animals for exhibition.  Breeding small terriers provided this opportunity.

To understand breed formation, it is important to understand the society in which these breeds were founded.  Britain in the nineteenth century was a class conscious society, but one in which people could move from the lower class to the upper middle class (at least in theory).  There was a tendency to imitate the nobility, even if this desire was inchoate or in defiance.

It is no wonder, then, that the foundation of Yorkshire terriers is almost the exact inverse of the founding of golden retrievers.  Different social classes do dogs differently.

So much about dogs is really about people, and the inverse foundations of these two popular breeds really does show it. Many people have experienced their dog suddenly stopping on a walk, fascinated by something and unwilling to move. Thankfully when Shelly Colette’s dog did that on a walk this summer, the alert owner paid attention to what had caught her dog’s notice.

According to The Star, Cash is a black border collie who belongs to Shelly Colette in Sackville, New Brunswick. Early this summer, the two were on a walk when Cash suddenly stopped and wouldn’t budge. Shelly saw that Cash was stopped by a manhole in the ground, so she looked down. Shockingly, she saw an orange cat on the other side of the manhole’s grate. According to Shelly, “Cash was very intrigued and refused to leave. He wanted to save this cat.”

A four-year-old orange cat named Ghost had gone missing six weeks earlier. Shelly told reporters, “I had never met Ghost, but I had seen the missing cat signs around town and I thought, ‘That’s Ghost,’” about the cat in the hole. As one pet parent to another, Shelly called Izzy Francolini, Ghost’s owner, to tell her that she had spotted Ghost.

Read the complete story of Ghose and Cash.

Our dogs love to chew. Unfortunately, they love to chew so much that it cost Irie three of her molars and Tiki two, thanks to chewing marrow bones in their adolescent years, cracking the teeth the…

Human Health Irritations Due to Pets

Some people are unfortunate because they have allergies to dogs and will never be able to enjoy the love, devotion, and companionship a human receives from a pet dog.

How do you submit a photo for the contest?

How do you submit a photo for the contest?
BAD RAP Blog